Bryan Smith bought a small strip plaza from an older friend of his, who wanted to retire from the real estate business. Since they were friends, the seller, Mr. Reilly decided to act as a mentor for new real estate investor, Bryan. Showing him how to collect rents, what leases he used, who he used for landscaping and snowplowing.

Mr. Reilly had also never been sued in 25 years of ownership of this commercial real estate. As luck would have it, 92 days into new ownership, Bryan got lawsuit papers in the mail from an attorney. It seems a patron of the convenient store tenant, slipped on the wet floor and broke their forearm, requiring pins and surgery.

” The lawsuit papers should be turned over to your insurance company”, Mr. Reilly told him. So Bryan turned in his lawsuit to the insurance company and so did the convenient store owner, as both were being sued. Both insurance companies would now be responding in court, to answer the summons and lawsuit. 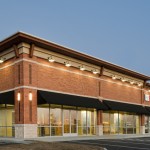 While the above is a true story and correct procedure was followed, Mr. Reilly never in 25 years was made aware of an “additional insured” status he could have placed in his leases. Since he was mentoring Bryan, this also was omitted from Bryan’s leases. 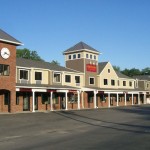 Additional insured status on a commercial tenants policy, gives the property owner 1st level of liability protection in the event of a lawsuit. So this slip and fall occurred INSIDE the tenants rented space and that policy should be the only respondent to a lawsuit if additional insured endorsement was used. If the slip and fall occurred in the parking lot (or OUTSIDE the tenants space), then Bryan’s insurance policy would respond. But INSIDE  a commercial tenants space, Bryan would now have 2 levels of protection – the tenants policy and his own insurance policy.

Commercial landlords should always, always have this included in their leases. If it currently isn’t, it should be done by an addendum to the lease and signed by both parties. Additional insured endorsement will cost the tenant $50-$150 per year to add it to their business insurance policy. And if not currently included in a commercial lease, the building owner might consider paying this additional premium until the next lease renewal. That way the tenant won’t refuse to sign the addendum to the lease.

Be a smart owner of commercial real estate and know how to protect yourself properly. It could make the difference between having to defend a lawsuit and NOT having to personally defend one.

President of Larsen insurance, Developer of insurance716.com and now a maverick video proposal guy. I love helping people, it is part of my nature and who I am. Pretty straight shooter, so if I cannot help you, I will tell you upfront! Read More…